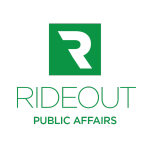 Sally Rideout is a recognized and respected public affairs professional with more than 20 years of public and private sector experience.  She brings a unique skillset and perspective to serve each of her clients.

Sally became the youngest woman ever elected to the Indiana House of Representatives when she defeated the Speaker of the House in an upset election in 1994.  As a member of the Indiana House of Representatives, Sally served on the Ways and Means Committee and was Vice-Chair of the Transportation Committee. She worked directly with constituents to resolve their concerns, negotiated details of the state budget, landed investments to support economic development projects in her district, and learned the ins and outs of working with the media.

After leaving office Sally spent several years as Vice President Government Relations for the Chamber of Commerce of Southwest Indiana working on advancing community issues such as I-69 and National Weather Service Doppler radar coverage for the region.

In 2002, Sally joined Alcoa as the Communications and Community Affairs Manager for Alcoa’s Warrick Operations in Newburgh, Indiana. During her 11 years with the manufacturing company, Sally worked with plants and community leaders across the United States and globally in Europe, Russia, China and Australia. She led the development of Alcoa’s Political Action Committee (PAC), managed state government relations in 13 states, negotiated incentive packages to support investments in Indiana and Tennessee, and handled public policy initiatives on various issues including recycling, transportation, infrastructure and pensions.

Sally’s career also includes work as Manager of Splashin’ Safari at Holiday World and Splashin’ Safari in Santa Claus, Indiana; the Assistant Director of Major Gifts for the University of Evansville; and on multiple campaigns for federal and state candidates.

Sally is extensively involved in her community and profession. She was the founding co-chair of the Economic Development Coalition of Southwest Indiana and still serves on the Executive Committee.  In addition to service on the Board of the Washington, DC-based Public Affairs Council, Sally is a Trustee at the University of Evansville, a member of the Board of Directors for St. Mary’s Warrick Hospital, and the Steering Committee for the Women’s Fund of Warrick County. She was the founding co-chair of the Warrick Operations chapter of the Alcoa Women’s Network.

Sally earned a Bachelor of Science degree in Political Science from the University of Evansville and currently lives in Newburgh, Indiana. 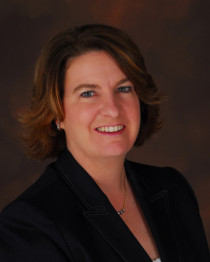 After more than 20 years of gaining public and private sector experience, I am focused on supporting my clients with all their public affairs needs.